Tenerife property investment: a Case study of property for sale in Tenerife

Tenerife is very much in demand right now. We wrote our paper on the Canary Islands a few months ago: Everything you ever wanted to know about the Canary Islands and last year we wrote this analysis of the real estate market (price have been updated in the charts in the meantime): Have a look at the property market in Tenerife, this paper is our most read paper on any Spanish cities. In order to get closer to the market, we asked our independent local property finder, Manuel, to write about his latest activity on the local market. Should you need more information, we will put you in touch with him, he is our local independent partner of howtobuyinSpain.

Tenerife property investment: a Case study of property for sale in Tenerife

Tenerife is the most famous island of the Canary Islands and the one that attracts the most tourists. About 1300 km from the Spanish coast and in front of Morocco, Tenerife is accessible mainly by plane and has two airports: Tenerife North and Tenerife South. This small volcanic rock lost off the coast of Africa offers us an ideal climate all year, where rains are almost non-existent. Indeed, you may have already seen on TV many tourists in winter with their Santa hat bathing in the warm and clear waters of the Canary Islands. It’s a reality and a paradise if you’re dreaming of a year-round sun without getting too far from your family and loved ones. So let’s go to its discovery. 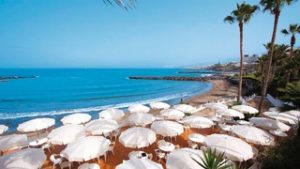 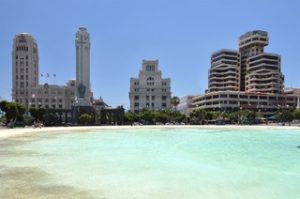 The island of Tenerife

Tenerife is an island in Spain, part of the Canary Islands archipelago, located in the Atlantic Ocean. It is the largest island of the archipelago but also of the highest, the Teide constituting the highest point of Spain with 3 718 meters above sea level.

Thanks to its perfect climate: the island lives mainly from tourism all year long. With an average temperature of 24º degrees (find the yearly weather statistics of any major Spanish city) more than 5 million tourists land each year on the island to enjoy the clear waters of the Atlantic. Tenerife is also known for its agriculture of bananas and tomatoes. A large majority of its production is exported throughout Europe. Tenerife is a volcanic island and retains many nature trails to enjoy the breathtaking views of the Atlantic. 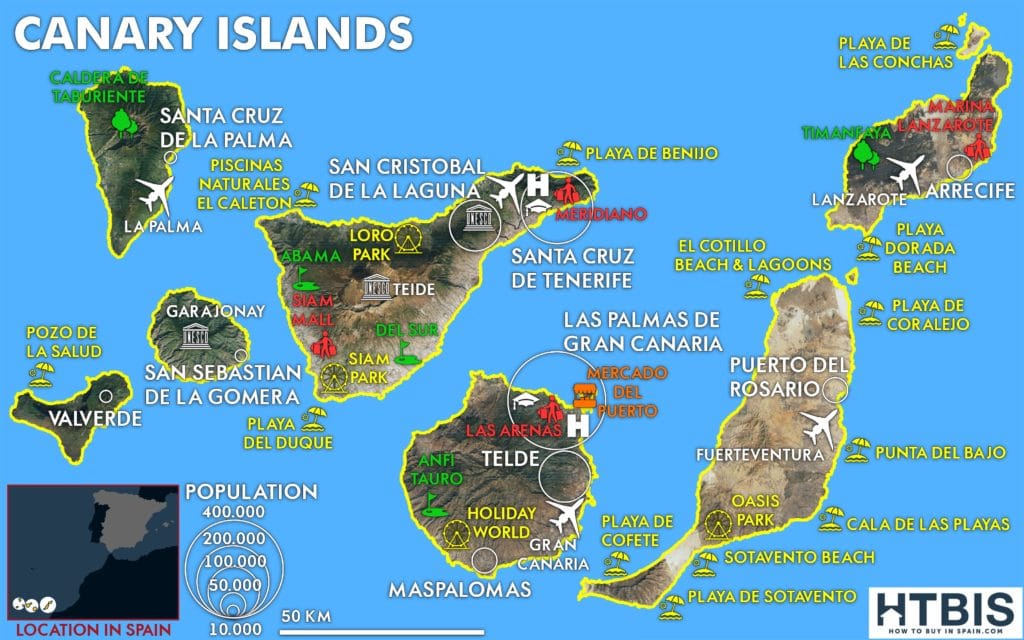 Know everything on the Canary Islands: its Airports, its AVE stations, its Cities and villages, its shopping places: Traditional & Flea markets, Outlets and shopping malls. What should you visit? The Unesco sites, the parks for kids, the green parks, the golf courses, the universities and last but not least the top beaches. Check our infographic.

Many of you want to stay in Europe, for more convenience in terms of currency, language and culture and especially to stay close to their families while combining sun and security, Tenerife offers you all of those. In addition to its historical richness, Tenerife offers a privileged lifestyle for its inhabitants. Indeed, Tenerife is not a tourist cliché: the island has preserved its natural landscapes. The biodiversity and eco-system of the island are protected, especially two sites are classified as World Heritage by Unesco: the Teide National Park, ideal for beautiful hikes and the city of San Cristobal de La Laguna. Check for more on that in the article written by howtobuyinSpain.com “10 reasons for buying a property in Spain“. There is also a biosphere reserve on the Anaga massif.

Water sports activities abound kite-surfing, sailing, fishing, scuba diving but you will find also other activities such as golf and hiking. Many markets are held in the early morning. In February, you will be immersed in the festive atmosphere of the Santa Cruz de Tenerife Carnival, one of the most beautiful carnivals in the world. You will not get bored in Tenerife! 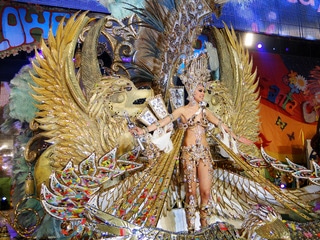 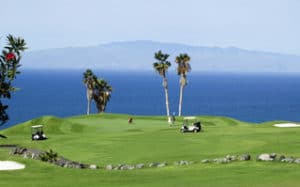 The carnival in Tenerife and beautiful golf course

Tenerife is a very good alternative to enjoy your retirement on an island offering a calm and unoccupied environment. In terms of real estate, Tenerife experienced the same economic crisis of 2008 as the Iberian Peninsula. Indeed, real estate prices have fallen by more than 25% but are already recovering and reach almost pre-crisis levels. This is the time to invest in Tenerife if you want to own a pied-a-terre in Spain and enjoy a pleasant climate during the colder winter months in the North. In general, the northern zone of the island remains more competitive with the South, where demand is higher. Indeed, in the North of the island you will find a more urban atmosphere with the capital: renovated apartments and studios, services are close, unlike the South of the island which offers you the most beautiful beaches of fine sand and villas on the edge. It is also common to buy small areas, such as a two bedroom apartment or a studio and thus achieve a good long-term rental investment.

In order to benefit from affordable prices and housing that meet your search criteria, it is highly recommended to use a real estate property finder who is familiar with the local market and the areas to be targeted but also the pitfalls to avoid.

Here are some of our last property finder missions in Tenerife

What is the typical property for sale in Tenerife? 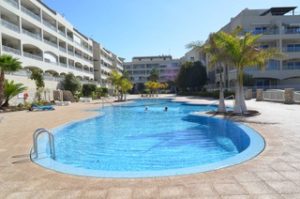 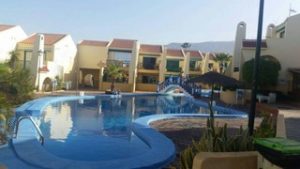 Another apartment within a smaller complex

Retiring in an attached house in Callao Salvaje (Adeje) 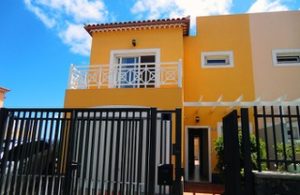 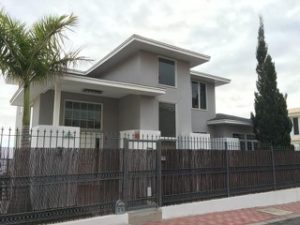 A nice independent house with its own pool

About Manuel, our local independent Property finder in Tenerife

Manuel is a native of Tenerife. He is our local independent partner on the Canary Islands and is active as a property finder since 2016. He is a commercially oriented self-made professional, he vibes for new challenges and is focused on results.

Looking for a property hunter, a lawyer, an architect,… a local expert in Spain? Ask our network of independent local experts directly! 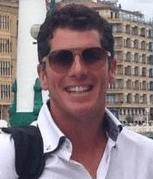 Property finder in Tenerife and the Canary Islands