A beautiful renovation of a 1905 building in Valencia

A beautiful renovation of a 1905 building in Valencia

There is a distinct pleasure in restoring an old object. Let’s take for instance an old flexo, one of those that were used in the drawing tables of the technical offices. First, to understand it, disassemble it with care, clean the rusted parts, repaint it, chrome the elements that require so, replace the old cable with one that resists the new voltage and do the same with the lamp holder and the switch, search in unexpected places for a new coil to replace a damaged one. Intervening only where is necessary provides the object with a new life, thus displaying itself, a hundred years later, ready, as newly manufactured. 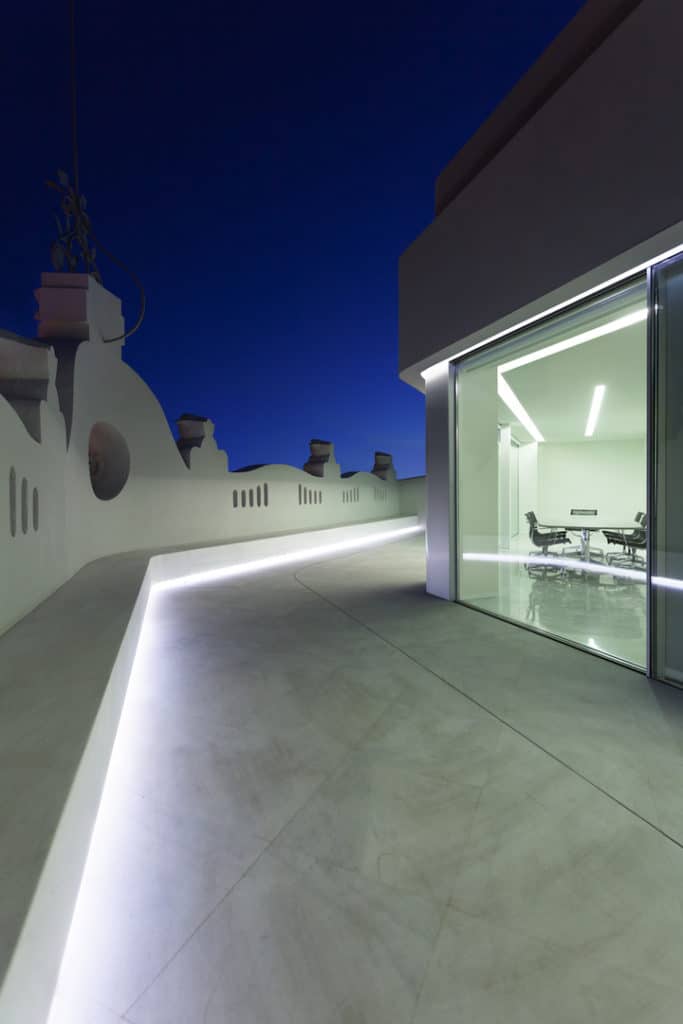 The same attitude was assumed in this building, which dates from 1905 and is a sample of the Valencian architecture of the early twentieth century. Located in the first expansion district of the city a, it was designed by the architect Antonio Martorell, considered as one of the most distinguished architects of his time. The objective was to transform the headquarters of a historic Valencian company that sought to renovate its facilities in order to adequate them to the technological changes experienced in recent years. The building was initially conceived as a residential building, although it was used as the headquarters of this company from the beginning. 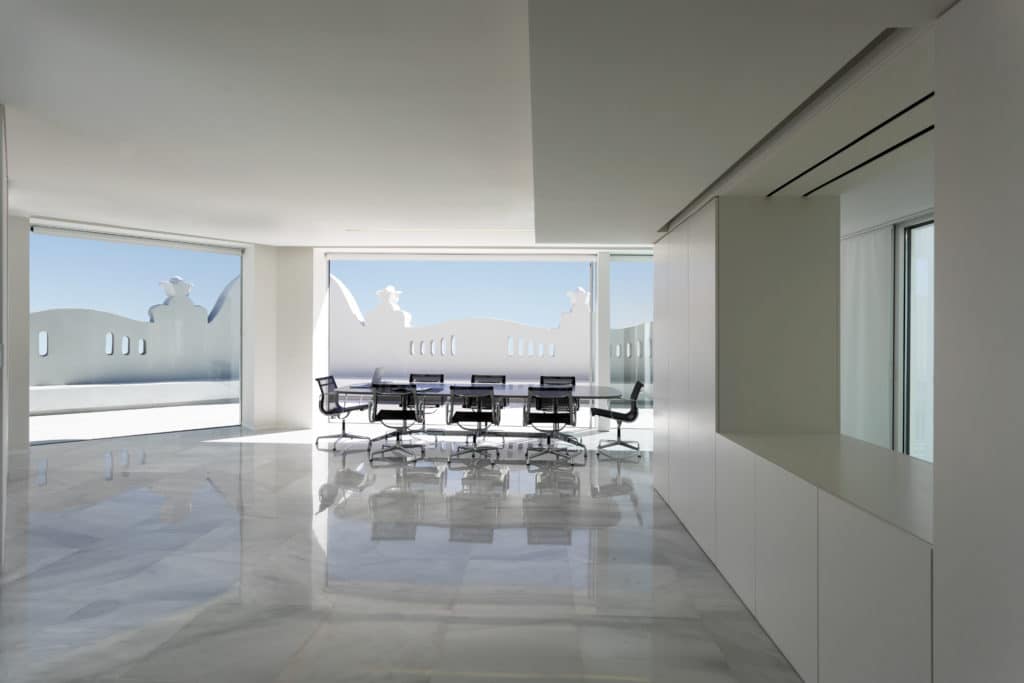 It was fundamental to understand the functioning of the building, which is located in a characteristic chamfer of the expansion district. Martorell skillfully solved it by placing the humid areas and service patios next to the dividing wall. In the central part of the plan were arranged the staircase and the central patio. The façade is composed by three straight elements, while the curved areas in the corner were solved by the architect using carpentry elements, a solution that he had already used in some well-known buildings in Calle de la Paz, or even in the same Gran Vía de Valencia. In the section, the ground floor and the first floor were considered noble, much more comfortable in a building that lacked an elevator and with greater clearance height. Following, there were three more floors with the same characteristics and finally the last floor that was used mainly for storage. Over time and with the need to expand the space, the building grew, incorporating parts of neighbour buildings. 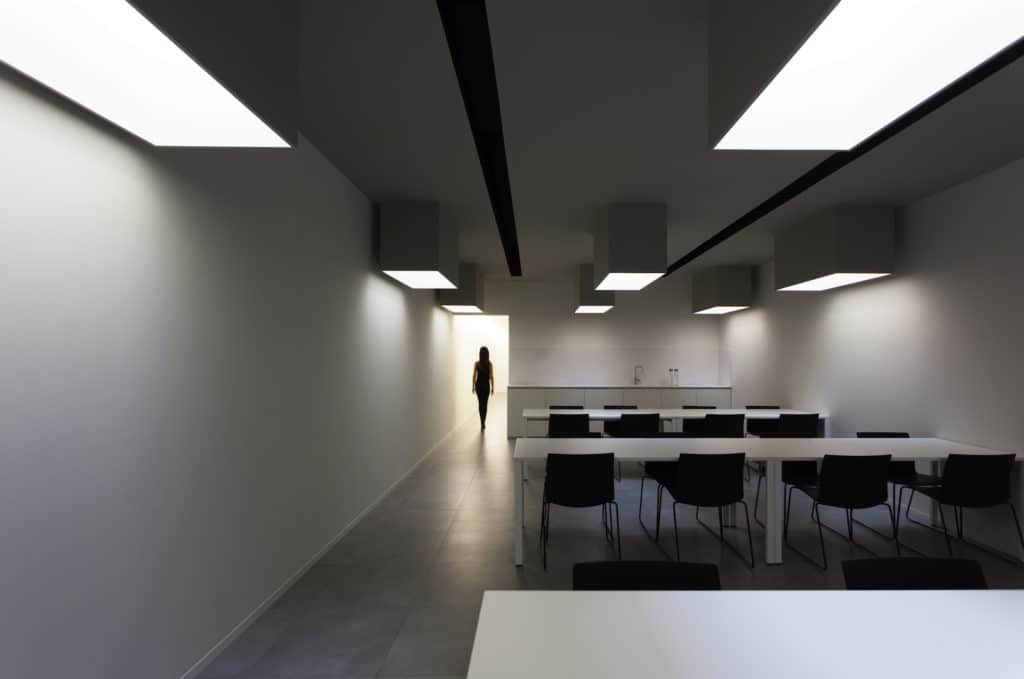 Respecting this distribution are the closed offices and the wet nuclei attached to the medians. The rest of the space is used as a landscape office, distributing the departments in the different floors. The central courtyard is partially used to locate the necessary elevator. The protected ladder is completely rehabilitated to return it to its original state. The entrance of carriages on the ground floor is used to locate the reception and on the main floor address offices are located. On the fifth floor, there is an outdoor terrace that is enjoyed by the representative floor of the building. At this level, the facade spaces are redefined with greater freedom to take advantage of the sunlight, while the facade of the building is maintained with the original composition, improving the technical conditions of the glazing. In this way the building has a renewed vision and a new useful life more in line with its use, integrating itself in the plot in which it was projected. It allows us to imagine the city in which it was built over one hundred years ago. As in the case of the old flexo, it brings us closer to thinking about how we lived at that time and to assuming the future changes and transformations that are to come to keep the city and the building active. 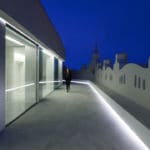 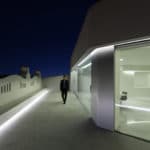 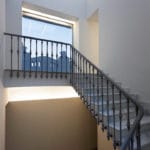 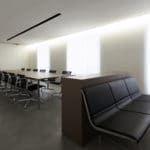 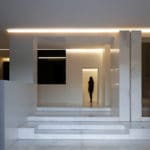 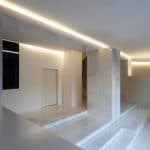 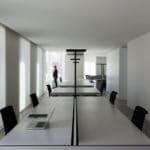 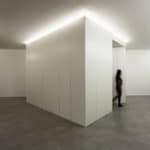 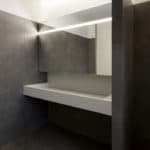 Fran Silvestre Arquitectos is working everywhere in Spain and in some parts of the world, ask us to be put in touch with them and benefit from the strength of our network.

We wrote about a newbuild project of the same architect a few months ago: “Your design dream architect home in Spain“.

The good news is that it is affordable for everybody.

Why wait to live your dream?

Do you want to discover more on Valencia? Have a look at our feedback from our April 2018 real estate city trip to Valencia.

Looking for an architect in Spain? Ask us directly!