Madrid real estate prices are up 21%: Is this sustainable? The analysis of our local property hunter

Madrid real estate prices are up 21%: Is this sustainable?

Madrid real estate prices rose 21.3% during the last year up to 1Q2018. The average price per square meter is now 3,540.00€ for Madrid as a whole, although there is still a great deal of variation among neighbourhoods. Prices in premium neighbourhoods, such as Salamanca and Chemberí, have now exceeded pre-crisis levels. Areas in the suburbs have been slower to recover. 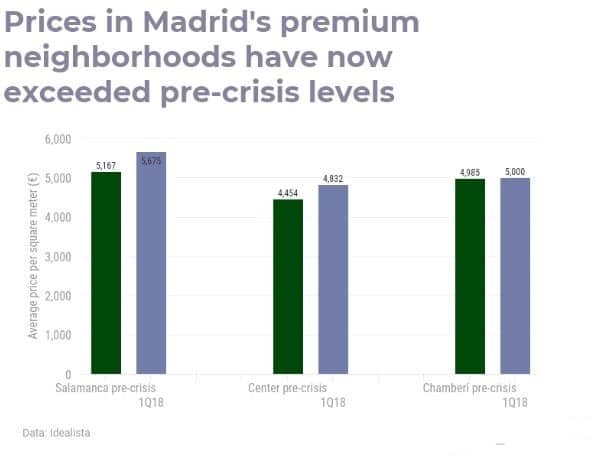 This is excellent news for the property market in general but both current property owners, and those considering purchasing property, are starting to ask some very valid questions.

Is this a bubble?

We are getting this question a lot lately. In short, the answer is no. Although a 21% year-on-year increase might seem like a lot, it is far from the economic definition of a bubble. The definition of an asset bubble is “When prices rise quickly and surpass levels justified by fundamentals.”

The first recognized asset bubble was in Holland, in the 1600´s, when prices ran up 27,400%. Another example is the Dotcom bubble of the early 1990’s, when the NASDAQ ran up 353%, then promptly collapsed. Clearly, we are a long way from these numbers.

It does make sense to look at the fundamentals. Sometimes, in markets that are restructuring or developing, it may be difficult for even professional financial analysts to determine what constitutes rational pricing. For example, when the Dotcom bubble crashed, the bottom dropped out of everything. Many companies that had lofty valuations went out of business entirely. But this also represented the perfect buying opportunity for many of the biggest firms in the world today. Share prices in companies that did survive, such as Amazon and eBay, have since risen tens of thousands of per cent from their lows in the early 2000’s. Investors that paid careful attention to the fundamentals made a lot of money.

What do the fundamentals tell us?

What are these structural changes?

Madrid has seen much change in recent years. We think four points, in particular, are key to understanding the new pricing dynamics.

According to Pierre, our property hunter in Madrid:

“Compared to other European capital cities, the prices in Madrid are still relatively low. What is different now is that the quality of the apartment stock has vastly improved. Ten years ago, the state of the average rental apartment in Madrid was just bad. Most apartment interiors were 20-30 years old, and sorely in need of refurbishment. Prices have had to increase to give landlords the incentive to refurbish and bring the apartment stock to the level of a modern European capital. So yes, prices are increasing, especially in the centre. But they are still quite cheap, compared with the prices in the centre of other cities. People that complain about the recent price increases are taking the luxury of living in a highly walkable, capital city for granted. We’re not even close to a ‘bubble’.”

The City of Madrid is streamlining regulation and taxes

Madrid has the best governance in Spain and is quickly becoming a model for other European cities. In the past couple of years, most bureaucratic functions have been brought online. Procedures in a number of areas have been streamlined and made more transparent. Most transactions that used to require long, convoluted trips to government offices can now be done from the comfort of one’s home. This includes many of the procedures related to real estate transactions.

Business taxes, property taxes and taxes on property purchases have all been lowered over the past ten years. The ITP, which is the tax on second-hand property purchases, is now 6%, the lowest in Spain. In comparison, Barcelona’s ITP is 10%. 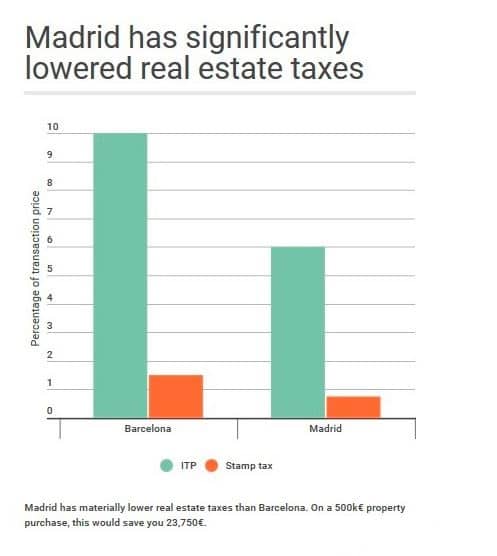 Madrid is benefiting from the fallout of the Catalan Independence Movement

Barcelona used to be the “go-to” city for Spanish real estate investment. The increased xenophobia of the Barcelona government and the Catalan Independence Movement are rapidly changing all of this. Notably, Barcelona has introduced exceptionally strong Airbnb legislation: No new Airbnb licenses are granted in the centre. Not surprisingly, this has done a lot to deter foreign real estate investment.

Even worse for the city, the region of Cataluña has experienced severe capital flight. It used to be the richest region in Spain. So many firms have left (most of them to Madrid) that there is now only one Catalan based firm in Spain’s blue-chip stock index, the ICEX. Even legendary Cava producer Codorniu moved its headquarters out of the region.

The size of the Spanish construction industry has contracted, dramatically

One of the biggest problems in previous years was the significant overbuild. This caused an over-supply of housing, particularly in the suburbs. This oversupply caused the market to languish for years.

A consensus is forming that the industry is acting with much greater restraint, post-crisis. Today the Spanish construction industry accounts for only 5% of GDP, half that of pre-crisis levels. Moreover, some of the “ghost towns” seen outside of Madrid are seeing a renewal. Importantly, they have been re-zoned to increase industrial use and cut the housing stock.

Where will prices settle?

Only a person with a properly functioning crystal ball can answer this accurately. That said, many experts are forecasting Madrid real estate prices to rise 10% in 2018. However, most of these forecasts are based upon historical levels and do not incorporate the structural changes we have discussed.

Brexit is another important factor. Many British passport holders, particularly those that work in the City, are shopping for homes in the EU so they can retain their rights to work on the continent. Although it’s unclear if this buying momentum will last long enough for it to be a structural change (as opposed to a cyclical one), it is having an impact, albeit smaller than that seen in the Paris and Frankfurt markets.

Do you want to check what Pierre and his team did for their customers this year? Check our article on that:  Madrid property investment: a Case study

Send your request to our property hunter in Madrid, or follow the link if you are looking for a property hunter anywhere else in Spain. Ask us directly and benefit from the strength of our network! 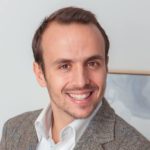 Check the full profile of Brian, our local partner, Property Hunter in Madrid