Tax Residence, Why is it important for you? Why do you have to pay taxes in Spain?(Part II)

If you missed the first paper on the definition of the Tax residence in Spain and a few examples, follow this link.

Non-residents: Why do they have to pay taxes in countries other than their Tax Residence?

Obtaining income in another country?

The second type of situation, in which both individuals and legal entities are required to pay taxes in a country in which they are non-residents, is when they are obtaining certain types of income that are considered generated in that country. In this case, and always according to the domestic laws of each country, they are taxed as “non-tax residents.”

It so may happen that, even if there is no conflict of residence for a person, he or she still suffers double taxation, since the same income may be taxed both in the country of residence (as “tax resident”) and in the country of origin (as “non-tax resident”). And again, these situations are alleviated by the domestic legislation of each country, which provide methods to palliate this double taxation, and, when they exist, the double taxation agreements (DTA), which rule the scope of the tax power for each country with exclusive or limited rights on certain income and provide methods in order to prevent double taxation.

A tax resident in Belgium owns an apartment in Spain. The DTA between Belgium and Spain provides in Article 6 the possibility of a shared taxation of the income generated by the apartment between the two states.

Therefore, that person must pay tax on its worldwide income in Belgium, including income derived from the property located in Spain, and will also be taxed as a non-resident in Spain on the same income from the property.

This would lead to a double taxation case. Therefore, the DTA signed by both States provides itself a method for avoiding this double taxation in Article 23.2.a), whereby the income earned by the tax resident in Belgium derived from immovable property situated in Spain just may be taxed in Spain (country of source), but should be taken into account to calculate the corresponding income tax in Belgium.

In this case, the DTA, signed by both States, provides in Article 22 (2) (a) a different method for avoiding double taxation, according to which in the United Kingdom (State of residence) that person is entitled to deduct the tax paid in Spain (Source State) in accordance with the provisions foreseen by the United Kingdom domestic tax law.

Having determined this, we must go to the Spanish domestic tax legislation on non-residents to know what the taxation on real estate income obtained in Spain by a non-resident is, which will be discussed in subsequent articles.

Having seen the importance at the tax level of the acquisition of the tax residence in a particular country, it is important to know details on this concept and make a proper planning before moving to any ground.

Specifically in Spain, although as noted the acquisition of a property is not a determining factor by itself, there are many other factors to consider: time of transfer, reasons for this, intentions to stay …

A good planning can optimize taxation, especially since our country enjoys special regimes of expatriates very convenient if the conditions to apply them are met.

Do you want to get in touch with her? Ask us for an introduction and benefit from the power of our network.

Find a property lawyer in Spain in our network? 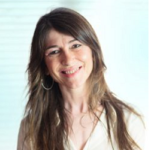