Where are the tourists coming from to visit Spain in 2017?

England, Germany = more than 50% of tourists

England is first country with 28,4%, followed closely by Germany with 24,2% and then France, Italy and Sweden each represent 6% of tourists. 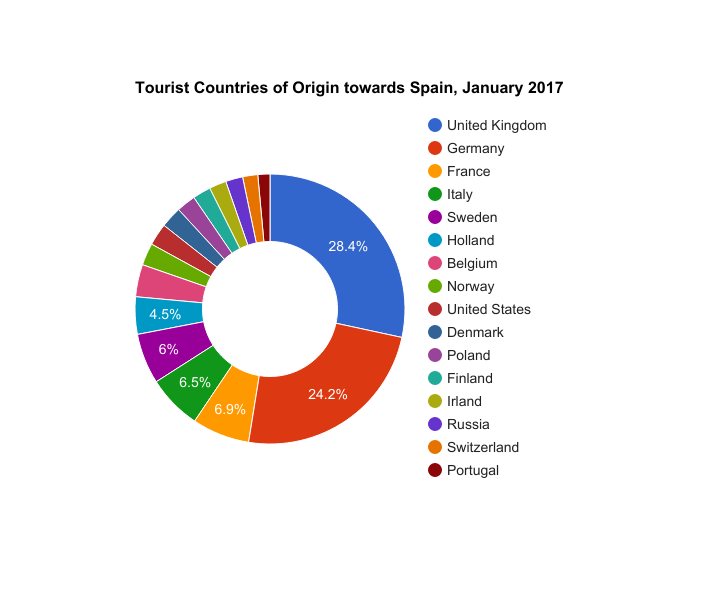 Spain is the number one destination in Europe for tourists

Spain is without any doubt the number one destination for holidays in Europe. For the last yearly statistics available from Eurostat, Spain represented 20% of all the nights spent by tourists. Italy and France are respectively second and third with 15% and 10% of the tourists. Have a look at our news “What are the most favourite tourist destinations in Europe” to read more on that.

United Kingdom, France and Germany are the biggest buyers of real estate in Spain

This is not a surprise to us that England and Germany are the first two countries in terms of tourists flying to Spain. If you compare those statistics to our recently released infographic on “Who are the foreigners buying real estate in Spain?” you will note that United Kingdom is the first country with 17.7% of the foreign buyers during the last year (data available up to September 2016), followed by France with 8.9% and Germany and Sweden with each 7% of the purchases. So, you find the same countries in both rankings.

First people take some holidays then they love it and they come back to buy a property? 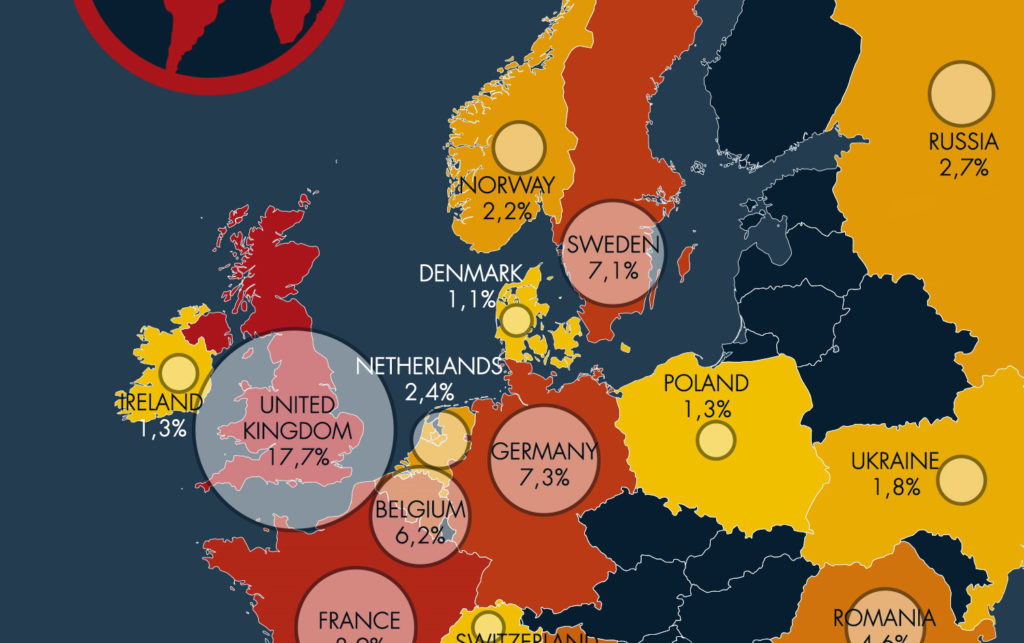 Foreigners bought 17% of properties in Spain during the last year. 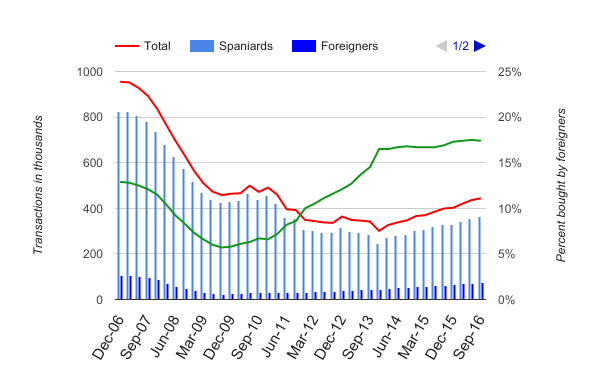 Do you want to know where foreigners are buying in Spain?