The real estate market in Cadiz, 2017

If you had to define Cadiz with 4 words, it would be: culture, beach, food and sun.

The province of Cadiz is known for its capital, Cadiz, a city that was founded by the Phoenicians in 1,100 BC. and that has passed through different hands: Greeks, Romans or Muslim caliphates that dominated the south of Spain during the Middle Age.

But the province is not just the capital. You will be impressed by the beauty of one of the best beaches in Europe, such as Tarifa, where lovers of water sports can enjoy the strong winds from the Strait of Gibraltar. In addition, the port of Algeciras is the gate to arrive by boat from North Africa.

Why would you choose this province?

But apart from being a destination for gourmets, Cadiz also enjoys the best beaches in the country. Don’t forget the Cadiz countryside, you will admire many places to rest and enjoy nature.

How is the real estate market in Cadiz?

As happened throughout Spain, the real estate sector of Cadiz suffered a setback during the years of the crisis, but since 2015/16 has begun a slow recovery. At the beginning of 2017, the price per square meter of the province was slightly above 1,200 € (in the capital was € 1,800).

The market is experiencing a slow recovery. During 2016 the sale of homes rose by almost 20%, and forecasts for this year are similar.

Comparison of Cadiz vs the National averages.

As for foreigners, according to Luis Martín de ASESORGA SL

“German, Nordic, British, French and Belgian are the largest buyers in the province of Cadiz.” In addition, “the average expenditure of these oscillates between 195,000-212,000 €”.

Even if the market recovers, the future remains uncertain, as Loreto Rodríguez de H15.house points out:

“because with Brexit, British customers (the largest buyers) have fallen, although it is surpassing, thanks to the increase in sales to Belgians and Swedes. “

Where to live in Cadiz (province)?

Cadiz, its capital, is the cultural centre of the province and a city that has schools, hospitals and supermarkets. For beach lovers, this city also has one of the best in the province. As a curiosity, on clear days it is possible to see the Atlas mountain range, which is in Morocco.

Jeréz de la Frontera is the largest city in the province and not far from Cadiz. It is a quiet city that has all basic services covered.

If you are looking for smaller cities:

“the populations most in demand are Chiclana, Conil, Vejer and Tarifa”

as comments Luis Martín (ASESORGA SL). In these very tourist sites, one can do and buy what you want.

How to get to Cadiz

The province of Cadiz has a good network of roads and highways that connect with other cities of Andalusia and Spain. It has an airport in Jérez de la Frontera that has flights to the main Spanish cities. If you are looking for flights to Europe, Seville and Malaga airports are not far away.

As mentioned above, from the port Algeciras there are boat connections to the main cities of North Africa and to Ceuta and Melilla. 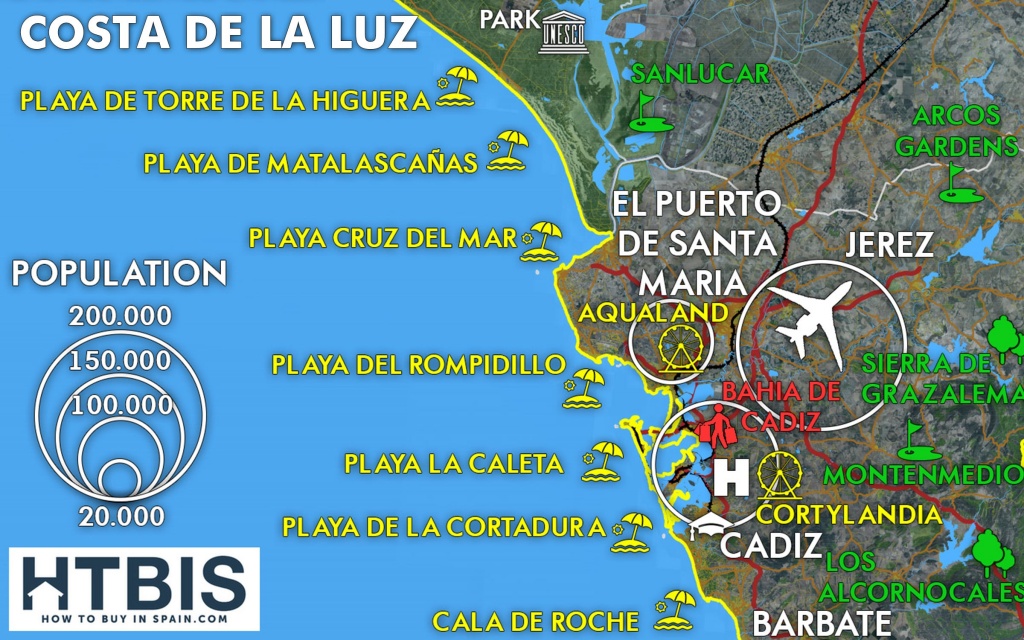 Know everything on the Costa de la Luz: its Airports, its AVE stations, its Cities and villages, its shopping places: Traditional & Flea markets, Outlets and shopping malls. What should you visit? The Unesco sites, the parks for kids, the green parks, the golf courses, the universities and last but not least the top beaches. Check out our infographic.

Find all our other detailed maps on all the Spanish Costas and the Costa de la Luz. 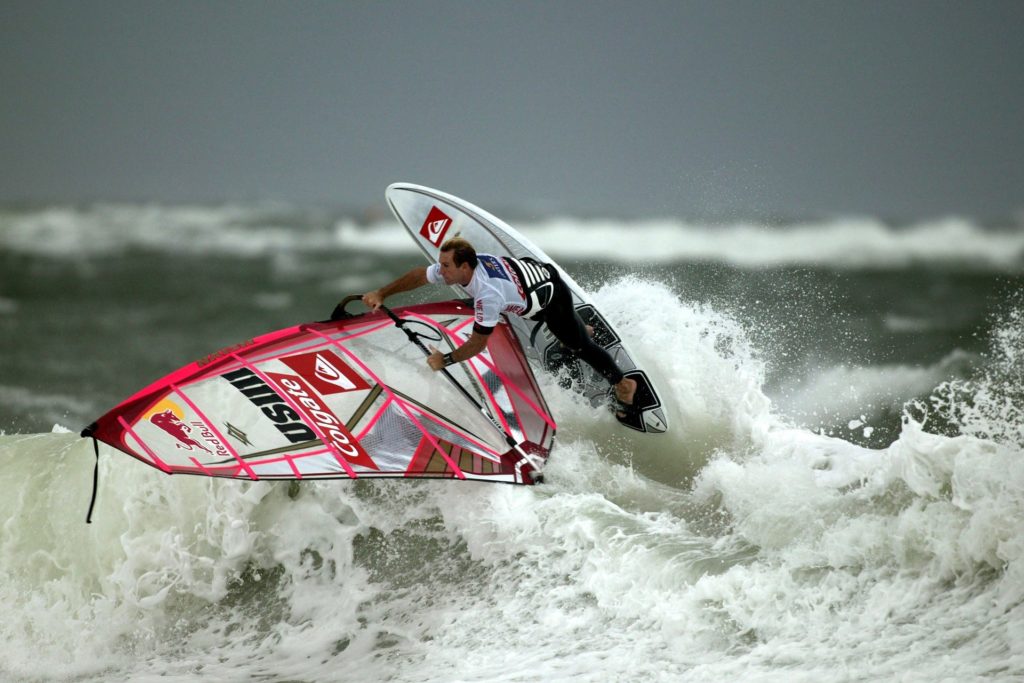 print
Click on the stars to give a rating