Why not starting up in a Spanish City?

Barcelona and Madrid in the European top 6!

According to the site EU-Startups, Spain is the only country with two cities in the top 10 in Europe. Those cities are Barcelona (5°) and Madrid (6°). So starting up in Spain could be one option to consider, should you want to find a good city in Europe.

The most attractive features for investors and entrepreneurs in Spain are probably the relatively low cost of living compared to other European countries.(10% in average), check

Costs are on average 10% lower than in other European countries, check our post on that.

The great amount of incubators and accelerators that are established in the country, which is in a relation of less than 10 startup per incubator or accelerator.

One of the main characteristics of the Spanish startup ecosystem is the great educational level of entrepreneurs and workers. If you combined that to the easy-access of international markets, it makes it so attractive that even Google opened a Campus Madrid in 2015 .

During that year (2015) roughly 400 million € from Venture Capitals were invested in startups creating approximately 1.500 jobs . In addition to that, the “Instituto de Crédito Oficial” raised the FOND-ICO (fund of funds) from 1,2 to 1,5 billion €. That will help the revitalization of the risk capital sector in Spain .

The Spanish Government has also given incentives to entrepreneurs, such is the case of 4/2013 Law that establishes a discount between 20% and 50% in the full state fee. The Public Sector represented mainly by the Centre for Industrial Technological Development (CDTI) and the National Innovation Enterprise (ENISA) also invested 118 million € in 2015, hitting the record number for the Spanish startup market of 659 million € invested (233% more than in 2013).

How to improve further?

In order to continue the path of growth, in 2015 a group of Spanish startup and non-profit published the “Spanish Startup Manifesto” . It compiles the headlines of what Spain needs in order to be a country where startups can thrive. The points of needed improvements proposed by the manifesto are:

Need a quick set up? Look at : https://www.thesurfoffice.com/ 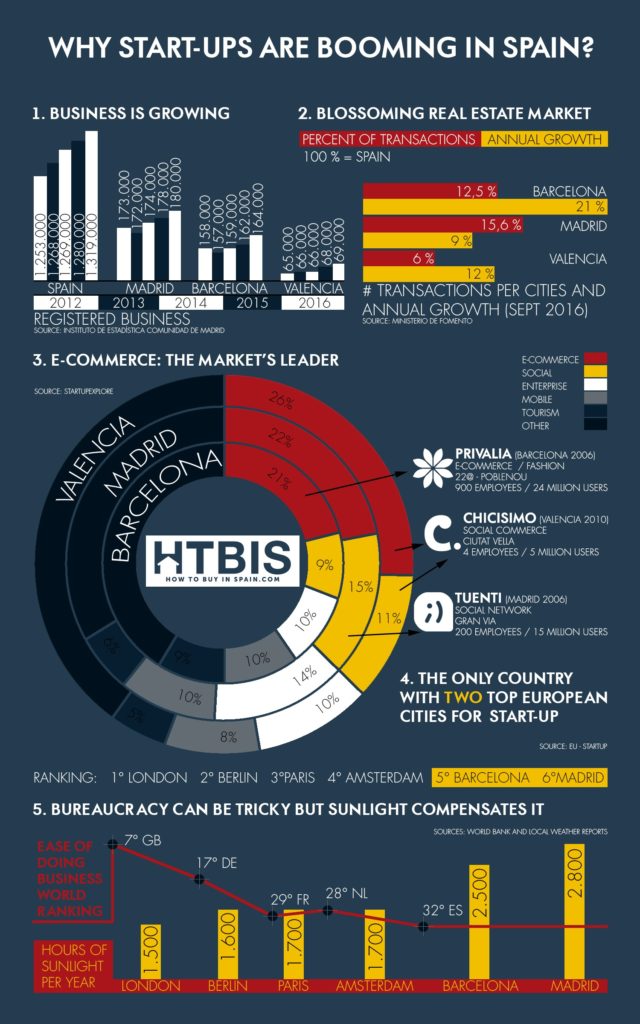