10 reasons why tourism is booming in Spain

Spain had a record year regarding tourism in 2019, nearly 84m tourists visited Spain.

Here is the evolution of tourism towards Spain with a rolling year of data:

Why Spain is booming? There are many reasons:

Here are our top 10 reasons why tourism is so strong in Spain:

Sunshine in Spain is higher than 2500 hours per year… No other country can compete in Europe with that and if you calculate the number of square kilometre with at least 2500 hours of sun per year, Spain has about 80% of the European supply.

Do you want to check the weather statistics for any Spanish city to make an informed decision? Have a look at our Infographics on the monthly weather statistics for the 18 biggest cities in Spain: Madrid, Barcelona, Alicante, Malaga,… and discover the sea temperature, the number of hours of sun per day, the number of mm of rain per month… Everything you need before planning your holidays. 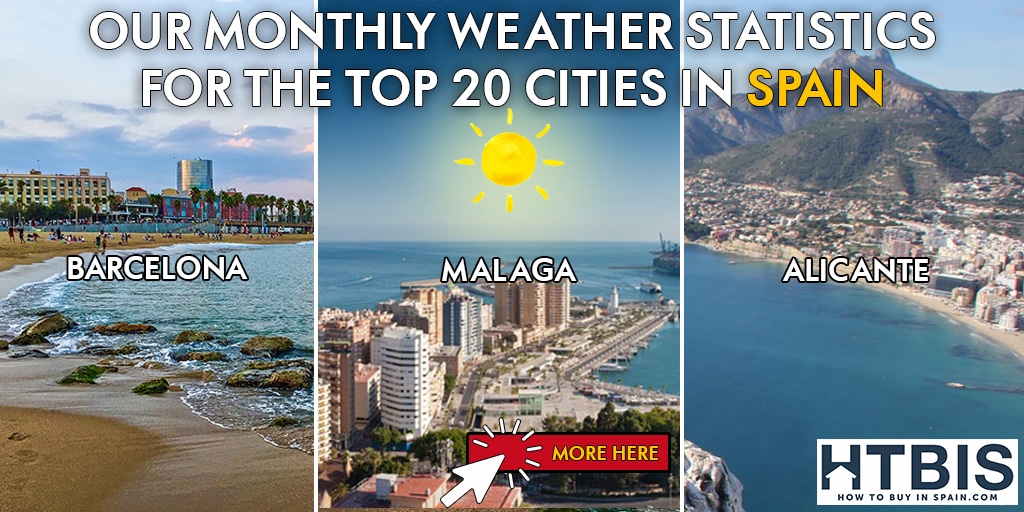 Let’s check the top 10 countries in the world by countries and by sex. As you will see in the statistics produced by the OECD (2014 data), the life expectancy of Spaniards is the second longest in the world behind Japanese. The Women are ranked as well as second and the men are ranked sixth.

behind the Netherlands, Denmark and France. What a terrific result! The key findings of the research from OECD are that the ability to successfully combine work, family commitments and personal life are important for the well-being of all members of a household. In Spain, almost 6% of employees work very long hours, less than the OECD average of 13%. The more people work, the less time they have to spend on other activities, such as time with others, leisure activities, eating or sleeping. The amount and quality of leisure time are important for people’s overall well-being and can bring additional physical and mental health benefits. In Spain, full-time workers devote 66% of their day on average, or 15.9 hours, to personal care (eating, sleeping, etc.) and leisure (socialising with friends and family, hobbies, games, computer and television use, etc.) – more than the OECD average of 15 hours.

At around 1.3 children per woman, fertility rates in Spain have been amongst the lowest in the OECD for the past two decades. Increasingly, women and men first want to establish themselves in the labour market before having children. This has led to a postponement of childbirth and the average age of first childbirth for mothers is now close to 30. Low fertility rates are also related to a fall in the number of large families and a significant proportion of women remaining childless.”

We did the work with the help of the Statistics from Eurostat as of December 2017 to compare Spain vs all the other countries in Europe so that you could compare to your actual country of origin.

If you compare Spain on this Chart in Orange colour with Europe in Blue colour, you will notice that Spain is more expensive in 2 areas: “Electricity, Gaz and fuels” and “Furniture and Furnishings” by 3%. A third sector not represented on this chart is Communication, which is 28% more expensive than the rest of Europe. For all the other sectors, Spain is cheaper!

As you can see with the General Index, Spain is on average 10% Cheaper than Europe! Then, Spain is very cheap for “Transport Services”, “Restaurants and Hotels”, “Clothing” and yes the list doesn’t stop here… Spain is really cheap for “Food and Drinks and Tobacco”.

For more information, read our article on that subject: Which are the cheapest Spanish cities?

Spain is a very rich country in terms of culture. You have a lot of Museums, many historic places, many sightseeing places. Spain has as well 45 UNESCO Sites and as such is the third country in the world behind Italy & China in terms of the number of sites! So don’t expect Spain to be just Sun and beaches!

Check all the must-do activities on any of the Spanish Costas with our beautiful infographics.

Here is the list of the Unesco sites with direct links to get  more information on those:

Which are the origin’s countries of the tourists?

The top 3 countries are:

The countries showing a stronger love (a tourist flow increase) for Spain in 2019  vs 2018 are:

The countries showing a lower love (a tourist flow decrease) for Spain in 2019 vs 2018 are:

Please note that all those countries have a decreasing number of tourists but those decreases are small (less than 5%) on one hand and the 3 first countries on the list are the 3 countries providing the biggest tourist flow towards Spain in 2019 on the other hand.

Here is our interactive chart with those data:

If you are travelling to Spain and would like to buy your dream home, start with our Spanish property buyer’s guides written for the top 10 nationalities buying properties in Spain.

Which are the most visited Spanish Regions?

The top 4 Spanish regions are receiving 70% of the tourism traffic. Those 4 regions are:

Only Catalonia and Andalusia saw a growth in term of traffic this year.

Do you want to discover all the regions and the beautiful costas of Spain? Have a quick look at our infographics. 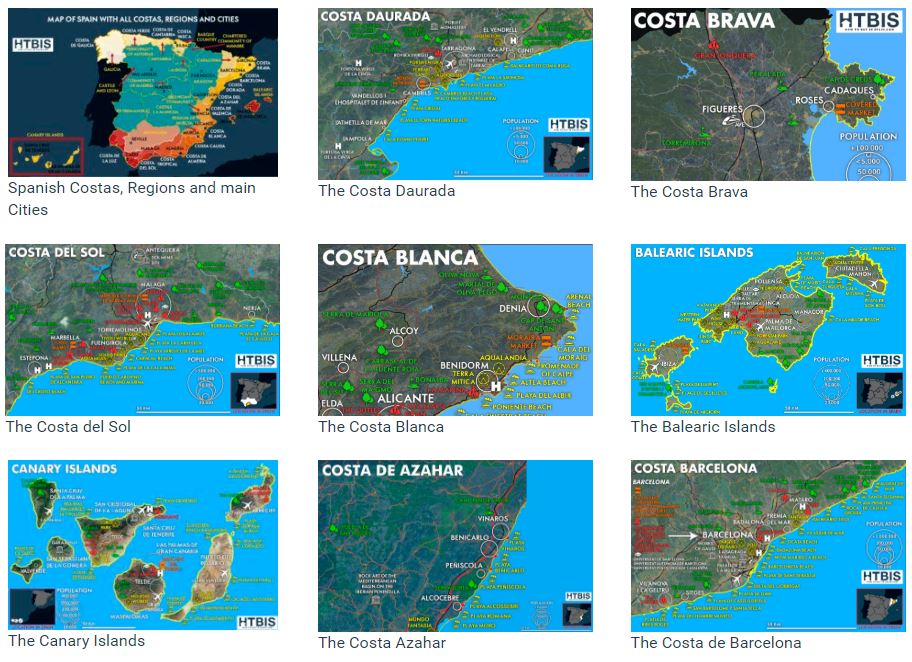 How do the tourists arrive to Spain?

82% of the tourists visiting Spain came by plane. If we think about it, it’s obvious, people travel from far where they have less sun to Spain in order to enjoy the sun. Spain has a very strong network of International Airports.

Have a look at our earlier articles on that:

The second way of arriving in Spain is the car, 15% of travellers towards Spain come by car. Spain benefits from a very strong infrastructure network and in addition to that, there is a latest trend in Spain: Motorways are becoming toll-free in Spain…

Last but not least, even if the AVE Network does exist for more than 25 years in Spain, only a minor portion of tourists come from abroad with the fast train. For sure, the fast train AVE Network helps tourists to move quickly between cities.

How long do tourists stay in Spain?

Where do the tourists stay in Spain? Hotel? Friends?

If you want to have more resources before visiting Spain, here is the official website of the Spanish tourism office.

Looking for a local property hunter, a local lawyer, … any expert in Spain? Ask us directly!